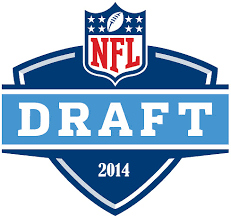 The email from “Uncle Willie” came in a few days ago.  Willie is an original owner in a 12 team PPR dynasty league started in 2001.  While a big football fan and an avid fantasy player, he has yet to win our league’s championship.  Some years, it’s due to injuries (see below).  Other years, it’s been poor trade decisions (an infamous Adrian Peterson for Darren McFadden swap that not even the most diehard Arkansas fan in our league could refuse comes to mind); sometimes he just doesn’t prepare enough to draft well (more often than not).  2013 was definitely a season to forget for Uncle Willie.  A promising season turned ugly quickly as Aaron Rodgers, Doug Martin and Randall Cobb all dropped like flies during various parts of the season and missed significant time.  A September filled with thoughts and aspirations of a championship gave way to a December that mercifully ended with a 4-10 record.

Those that play and love the Dynasty fantasy format have probably been on both ends of the “win now” or “win later” spectrum.  Odds are if you are a reasonable owner, you either (a) feel strongly that your team is good enough to win a title this year or (b) feel that you are realistically a couple of years away from competing for a title.  It’s best to accept this and build for the future.  As we head into the 2014 season, Uncle Willie definitely falls under scenario A.  If Rodgers, Martin and Cobb all stay healthy, they are all (at a minimum) Top 10 players at their positions.  His team is good enough to win it all in 2014.  Well, probably.

He is solid at RB, TE and all of his IDP slots.  But as good as Cobb is, there is a sizeable dropoff to the next WR on his roster.  As any prudent Dynasty owner should do, Willie reviewed each roster and found an owner whose situation falls under Scenario B – hence the email I received from him over the weekend.  I have won the league four times, but my current roster is nowhere near what I would like it to be.  Wes Welker is a solid, dependable, Top 15ish wideout who plays in the best offense in the NFL.  He has caught at least 111 balls in five of the last seven seasons.  Although he only had 73 receptions in 2013, he still managed to score 10 TDs.  Welker also turns 33 years old next month.  His QB just turned 38.  I personally think Welker will have a good year in 2014.  I’m not so sure about 2015, though, and beyond.

As each year passes, one has to think that Father Time will start winning more than his share of 1-on-1 battles with Mr. Welker.  What I have to decide now is whether to accept, counter or dismiss the offer.  As a Dynasty owner, you should always be thinking about the current stance and the future prospects of your roster.  Whether you look at a proposal for five minutes or mull over it for five days, you should never dismiss dynasty fantasy football trades before evaluating the present and long term ramifications of an offer.  While this situation only deals with Welker, I encourage all owners that have solid-but-aging rosters to entertain the notion of dealing veterans for draft picks.

One reason this particular trade offer intrigues me more now than in years past is that a star-studded group of rookie WRs is about to enter the league.  While Odell Beckham, Jr., Marquis Lee, and Allen Robinson could all be Day 1 picks in the NFL draft (and will certainly be Round 1 picks during Dynasty drafts), I am going to focus on two future superstar wideouts that I could draft with Pick 1.01:  Clemson’s Sammy Watkins and Texas A&M’s Mike Evans.

Sammy Watkins is big, strong, fast, physical, and smooth – everything you want with the first pick in the draft.  He projects as WR1 in this class.  St. Louis, Cleveland and Oakland will all strongly consider taking him in the Top 5.  Rumor is that Detroit is attempting to trade up to take Watkins.  I certainly don’t expect him to slide past Tampa Bay at 7 overall.  As consistent as Watkins is, Mike Evans is pretty much unstoppable when his head is in the game.  If Evans falls past the teams noted above, he will likely be drafted by the Tennessee Titans at 11 or the Rams at 13.

When considering a trade that involves veterans and rookies, try to forecast up to three years down the road.  Logic says that Welker’s production will decrease 5-10% per year over the next few years.  With the talent that Watkins and Evans possess, their numbers will likely increase by similar numbers over the same period of time.  It is important to compile a first year projection that you are confident in based in part on the team you expect to draft them.  Recent history (namely Keenan Allen’s 71/1,046/8 line from 2013) suggests that rookie receivers can make significant impacts.  Do I think Watkins and Evans are more talented than Allen?  Yes – I absolutely do.  Will they play in an offense as productive as San Diego’s was last year?  Probably not.  Then again, if the Lions trade up……

Listen, I know that there may not be one person who is reading this article that will be faced with trading Welker for 1.01.  Maybe there’s a team in your league that is playing within that “win-now” strategy and wants a sure-fire player like Welker in his lineup.  You can potentially leverage a player like Welker in a package of sorts to land an early first round wide receiver prospect to enhance you go-forward strategy.  Certainly no one cares if Uncle Willie will have a breakthrough season and finally win the championship.

The point of this article is to remind Dynasty owners to constantly think about the state of their rosters.  Consider the ramifications of holding onto players too long and weigh them against  the impact of trading established veterans for unproven rookies.  Study not only your roster, but every other roster in the league.  Finally, do your homework on the incoming class of players and project the impact of dynasty fantasy football trades – whether through analytics or gut feeling.

All in One Rankings: Player Level