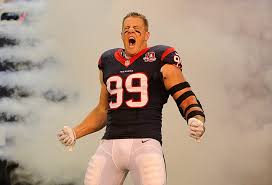 One of the most fun and stressful times for a dynasty team manager is starting a new team from the ground floor. Many owners make the mistake of trying to win the first title in the league and make choices that hurts the team for the future.  Money being involved can put pressure on an owner to draft players or make deals they never would have otherwise.  If you feel that kind of pressure, I urge you to rethink about joining a money league.  Dynasty football is not about building a team to win in year one; it is building a foundation so you can win the trophy (or money) year after year.  Continuous reloading, not rebuilding.   The key to your dynasty all starts with the initial draft.  It will be fundamental to your success for as long as the league is in existence.

Leagues have so many different scoring systems, starting lineups, bench spots, injured reserve, and general league rules that it can be overwhelming.  Don’t get too caught up in those details.  They’re important, but your focus should be on building your roster with as much young, elite talent as possible. Avoid taking many players close to retirement that will need to be replaced quickly.  Gone are the days where you start your draft by automatically choosing running backs the first two rounds.

The NFL is a pass happy world now and the true three down backs are a rarity.  If you can get McCoy, Charles, Bell, Lacy, Bernard, Stacy, or Ball you are doing well.  Remember though, the running backs you have now probably won’t be there in five years, maybe not even in three years.  Develop a list of players that fit the vision of your dynasty and stick to it.   One of the most fun and stressful times for a dynasty team manager is starting a new team from the ground floor. Many owners make the mistake of trying to win the first title in the league and make choices that hurts the team for the future.  Money being involved can put pressure on an owner to draft players or make deals they never would have otherwise.  If you feel that kind of pressure, I urge you to rethink about joining a money league.

It’s often said “Size matters.”  Well, in dynasty, “Order matters.” I urge you to take offensive players for at least the first five picks, keeping in mind that you need two stud wide receivers, at least one top running back, and a foundation quarterback out of those picks.  Age also matters.  Look for those players who are under 26 and solid number one options on their team. A top flight, young quarterback can be on your roster for eight, ten, even twelve years or longer.  Wide receivers and tight ends also have long careers; even in their early thirties they can be very viable in fantasy.  Let the other guys draft Brees, Brady, Andre Johnson, Fitzgerald, Vincent Jackson, Foster, Lynch, and Peterson. Those guys will be coming to you in the next year or two looking to trade for your talent.

The best wide receivers and tight ends to draft will be from teams with good quarterback play, especially good, young quarterbacks who will be in tandem with those receivers hopefully for many years.  Two players that fit that are Julio Jones (25) and Randall Cobb (24). If you happen to see that Rob Gronkowski is still available at the end of round three or in round 4, take him.  At only 24, he will be dominant for the next six to eight years.  He is the only tight end I take in the first five rounds.

Look to find a valuable, young linebacker and defensive end during picks six thru 10.  Linebackers and defensive ends tend to score the best in most fantasy leagues.  Again, seek out players 25 and younger who can fill your dynasty for many seasons. At linebacker, Kuechly, David, Alonso, and Burfict are examples.  Defensive ends like Quinn, Watt, Hardy, and Chandler Jones are players to acquire here. This is also a good time to look for a tight end.  There are many exciting, young tight ends … maybe a Zach Ertz or a Jordan Reed.  By pick ten, you should at least have your quarterback, two running backs, three wide receivers, a tight end, linebacker, and defensive end, all under 26.  Let your opponents use their picks to select safeties, cornerbacks, and defensive tackles early.  There is still good value for those positions at the end of your draft.

Picks 11 to 15 are where to build depth at the positions you have built your foundation with:  quarterback, wide receiver, running back, tight end, and linebacker. Your first ten picks built the solid foundation of your team. Now is the time to pick the best player available, and not worry about age.  Sprinkle in a veteran or two who can help your team this year.  You are replacing five to seven players a year anyway through your rookie drafts and veterans can be used to trade for either young talent or future picks.

The last pick is always the kicker.  The picks right before that would fill the other spots in your starting lineup:  defensive tackle, safety, and cornerback.  Picks 16 and until you must fill the rest of your lineup is the time to gather second and third year prospects, all 23 and under, like Christine Michael, Knile Davis, Marcus Wheaton, Justin Hunter, Jarrett Boykin, Marquess Wilson, Ladarius Green, Marcus Lattimore, and Kevin Minter.  Think of players who may not be starting now, but are in line to do so within the next year or two, and can position your team for long term success.   The players you choose in these picks can be the cornerstone of your team in just a couple years.

There are great sources to get solid information about players you want to build your team around.  Don’t forget, dynasty football means you are spending time every week during the offseason keeping up with player movement, injury updates, rookies coming in, making trade offers, and looking at free agents in your league in order to boost your roster.  Stay ahead of your competition.

There is no offseason in dynasty!