With the combine over and Pro Days coming up NFL Draft season is officially in full swing. Teams are going to start finalizing their draft boards and really pinpointing their needs that they want to address come draft day. Free-Agency still looms so some of these teams will fill major needs while others will wait until the draft, but we can’t really plan how teams will spend in free agency. The top five is usually filled with five of the worst teams in the league, but that isn’t entirely true this year. While the Texans did have the worst record in the league, they much like the Chiefs last year are not really the worst team in the league and could honestly be playoff contenders with better quarterback play this season. Picking with the second pick is the St. Louis Rams, who got the pick from the Washington Redskins in the trade for Robert Griffin III. The Rams are not one of the worst teams in football either and can really help their team with a strong draft. Rounding out the top five are the Jaguars, Browns and Raiders who are the worst three teams in the NFL. Let’s take a look at the three biggest needs of each of the teams picking in the top five this year.

Quarterback: The Houston Texans are not as bad as their record was this past season. In fact, they remind me a lot of the team that went from worst to a playoff team last season, the Kansas City Chiefs. Both teams were extremely talented, but had to deal with injuries and poor quarterback play. If the Texans can get a legitimate starting quarterback in there, they will again be a playoff team. Blake Bortles seems to be the quarterback that has been linked to the Texans the most because he fits what Bill O’Brien, the new Head Coach, likes in a quarterback. If Bortles isn’t the pick it could be home state kid Johnny Manziel or Teddy Bridgewater who before the season started was the consensus top quarterback in the draft and has done nothing to lose that.

Offensive Tackle: Houston needs to beef up its offensive line a little more and more specifically the right tackle position. It is easily the weak link on that offensive line. Derek Newton was just flat out not very good this past season and replacing him with a better player would help whoever the quarterback is in Houston next year. Offensive tackle won’t be looked at in the first round, but I expect the Texans to take a quarterback in either round two or round three. 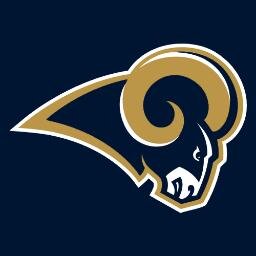 Offensive Tackle: Jake Long tore his ACL and MCL in December and likely won’t be ready to start the season and on top of that, Roger Saffold is a free agent. The Rams need a lot of help on the line and they have to keep Sam Bradford healthy. This is a make or break year for Bradford and to give him the best chance to succeed they have to keep him upright. They could take a look at either Jake Matthews or Greg Robinson with the second pick, but there is a good chance that they could trade back and try to take one of those two a little later.

Cornerback: The Rams will probably release Cortland Finnegan who hasn’t played up to the contract that the Rams gave him. Janoris Jenkins and Trumaine Johnson, both of which have played well for how young they are, are entrenched at the starters in St. Louis. However, they don’t have much depth in the slot or farther down the depth chart. This is a position that they could target in free agency, but this is a very deep cornerback class and there will be some talented guys who fall. They could look at guys like Lamarcus Joyner in the second or guys like Jaylen Watkins and Ricardo Allen in the third or fourth.

Wide Receiver: The Rams have targeted the wide receiver in past years, most notably this past draft when they took Tavon Austin with the eighth pick. That being said, they still lack a true number one receiver. Austin is more suited for a role in the slot where he can get in space and make plays, but the Rams really need someone on the outside to help Sam Bradford out. Bradford is being paid a lot of money and the Rams need to give him every opportunity to succeed and giving him a true number one receiver will do that. The Rams could take Sammy Watkins at number two in the draft, but this is also a very deep receiver class so they could opt to wait until their later pick in the first round or till the second round. 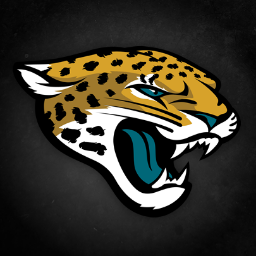 Quarterback: The great Blaine Gabbert experiment never really panned out like the Jaguars thought it would when they spent the 10th pick in the draft. The Jaguars have a lot of holes on their team and they have a lot of things they need to fix. That being said, quarterback is always the most important position on a team and they are in a good spot to get a top flight quarterback. They have some talented receivers in Cecil Shorts and Justin Blackmon if they keep him after his suspension, as well as their left tackle of the future in Luke Joeckel. With the third pick at least two of the big four quarterbacks will be there and they could take whichever they like the best. If they decide to go another direction at three, they almost certainly will take a quarterback in the second or third round.

Defensive End: Outside of the quarterback position, the next most important thing to do is getting to the quarterback and disrupting him. The Jaguars were tied for worst in the NFL with 31 sacks on the season and that number has to improve. The Jaguars will have to be facing Andrew Luck, Jake Locker and whoever the Texans have at quarterback twice a year. They have to be able to get pressure on them if they want to be able to win the division. If he falls to three I expect the Jaguars to take JaDeveon Clowney, but if he isn’t there expect them to take a pass rusher somewhere in rounds two or three. Someone like Trent Murphy or Demarcus Lawrence could be on their radar.

Offensive Guard: While the quarterback play in Jacksonville wasn’t very good at all, they also have to protect their quarterback better. Uche Nwaneri is now a free agent and he was the Jaguars starting right guard last year. On top of that, the play at the left guard position wasn’t all that good. If they can improve their guard play it will help open up the run game, which in turn will take pressure off of whoever the starting quarterback is in Jacksonville next year. The Jaguars won’t take an offensive guard in the first, but they could look at players such as David Yankey of Stanford and Xavier Su’a-Filo out of UCLA in the second-round. 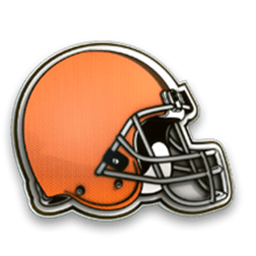 Inside Linebacker: The Browns already needed one inside linebacker, but now with the release of D’Qwell Jackson they now need two inside linebackers. The defense already has a lot of solid playmakers and they spent a high pick on pass rusher Barkevious Mingo and have one of the best cornerbacks in the NFL in Joe Haden. However, they need a lot of help inside. It would help with the run defense which was middle of the pack last year, but it would also help the pass defense which was already eighth in the league. The fourth pick may be a little high to take C.J. Mosley, who is the best inside linebacker in this draft, but they could look at someone like Kyle Van Noy out of BYU who is a great blitzer and good in coverage with their 26th pick.

Running Back: The Browns were in the bottom five in the league in rushing yards per game last year and had the least amount of rushing touchdowns in the league. Bringing in a better running back could help bring those stats up to at least middle of the pack. The running game would really help take pressure off of whoever starts at quarterback for the Browns next season and that is extremely important in a division with defenses that are great year in and year out. The Browns could look to running backs like Lache Seastrunk and Carlos Hyde in the third or they could wait until later and target some other backs. This is a deep class of running backs. 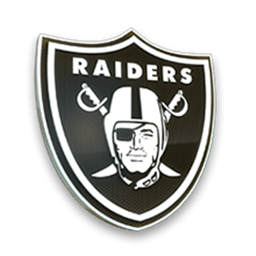 Quarterback: Do you notice a trend so far? Out of the teams in the top five, four of them need quarterbacks and some people would argue the Rams need one as well. The Raiders have Matt McGloin and Terrelle Pryor at quarterback, but neither really showed enough to keep the Raiders from picking a quarterback in the first round. Pryor has a ton of potential, but he hasn’t shown that he can throw the ball well enough to be the long term answer. The Raiders will look at quarterback at five if the one that they like falls to five. If they don’t take one in the first, they will look at guys like Zach Mettenberger and Jimmy Garoppolo in the middle rounds.

Defensive End: The Raiders pass rush wasn’t great last year and now their best pass rusher, Lamar Houston, is a free agent and isn’t expected to come back. The Raiders play in a division with Peyton Manning, Philip Rivers and Alex Smith. If you can’t get pressure on these quarterbacks, they will rip your defense apart. The Raiders need a lot of talent infused to this team, but it has to start with the pass rush. If JaDeveon Clowney falls to them it will be a no brainer. However, if they go a different direction in the first-round, they could target guys like Dee Ford, Scott Crichton or Trent Murphy in the second round.

Offensive Tackle: As of right now, Jared Veldheer is a free agent and if he isn’t brought back, the Raiders will have a huge hole at tackle. They have to protect whoever is behind center next year and if they don’t take a quarterback or a pass rusher in the first, on offensive tackle is certainly on the radar. If they bring in a rookie quarterback, you don’t want to throw him out there behind a poor offensive line of he could end up never developing, much like David Carr or Blaine Gabbert. If they don’t take a quarterback or a pass rusher, they could target Jake Matthews or Greg Robinson in the first. If they decide to wait on a tackle, they could take guys like Morgan Moses or Antonio Richardson in the second.

NFL Draft 2016 Round 1: How Does It Impact Your Fantasy Team