In this time of year, I am gathering my landscape views of the 2018 season. The concept that drives this type of material is from reference class forecasting**

All my Team reference flash cards contain the following:

The key metric is the DIFF and that metric sets up the 2019 questions.

Here is my process when considering my flashcards. First I key on the Visual Graph and note the highs and lows!  Note the ratio data will be in my textbook Chapter 5.

They did not grab a high RB rookie as the thinking is Jones steps up from his poor freshman year? Jones is at 38th RB by ADP and the public expects a nice 2019 +130% increase in FP.

However, the issue for him beside the uncertainty is Barber is still around. Barber is at the 49th RB and the public does expect a movement of FP to Jones by a -34%. I am not sure Jones gets the 3rd year with TB if he does not top Barber.

Barber could be the late RB play with the failure of Jones. Players are going to be watching preseason etc for clarity. Expecting movement in ADPs. 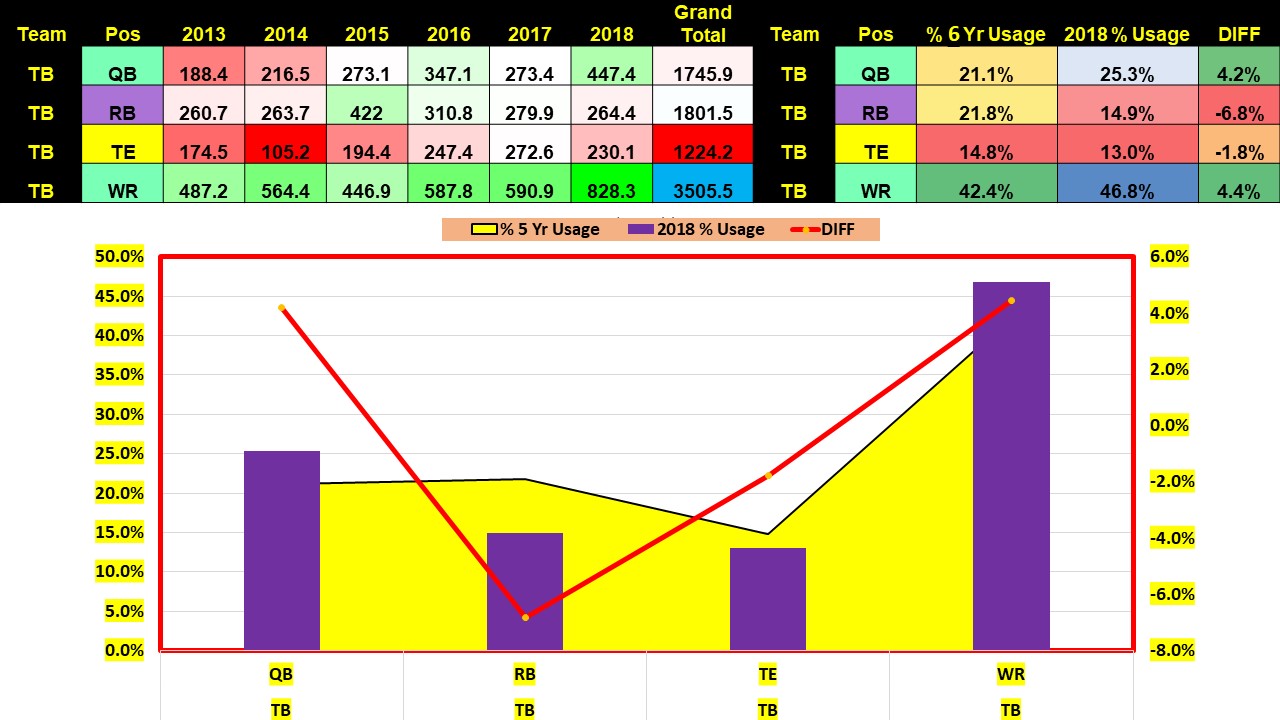