Draft Day Dynasty Impacts: The Good, The Bad, and the Intriguing

Round 1 of the 2014 NFL Draft has come and gone. As with most drafts – whether in real-life or in the fantasy world – opinions will vary on which teams did well and which ones bombed. From a dynasty owner’s standpoint, your first reactions should be these: Who was drafted? Who drafted them?  What will their impact be (both immediate and long term)?

Here is my quick glance at the “As”, the “Ds” and the “Incompletes” of the opening round and the Draft Day dynasty impacts: 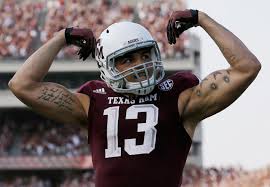 This is the obvious answer here. A giant of a man, Evans is big, strong, fast (enough), and has great timing on jump balls. Evans will pair with Vincent Jackson to immediately become one of the more feared WR tandems in the NFC. With the addition of Josh McCown at QB and the return of a healthy Doug Martin at RB, the Bucs are a prime candidate to bounce back in a big way after a disappointing 2013. If you have pick 1.01, highlight Evans’s name on your draft queue and get ready to hit “Select.”

The dreams of Drew Brees were likely sweet last night – there were visions running through his mind of a fast and quick playmaker in space against a linebacker or safety. The fastest WR in this class, Cooks was the most productive wideout in college football last season and should step right in on one of the best offenses in the NFL. If you have a mid-first round pick, don’t sweat it. Let others take the likes of Watkins and Beckham, Jr. and be satisfied with a player that has better upside – at least from the standpoint of his new team – over either of the other two.

If you play in an IDP league, Mosley is your guy. The Ravens obviously have a history of having fast, sure tacklers at LB and Mosley is as safe a rookie pick as you will find in an IDP format. He runs sideline to sideline very well and should be a tackling machine for Baltimore. I do like Pittsburgh’s selection of Ryan Shazier, but I rate a Mosley a tad higher at this point. 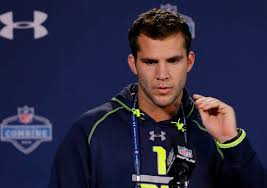 With Maurice Jones-Drew now in Oakland and Justin Blackmon facing the real possibility of missing the entire 2014 season, the Jaguars’ offense is in shambles. Bortles is big and….well, I’m not sure anyone is really sold on him being good at anything else except being big right now.  Expect Bortles to start early – maybe even in the opener – but don’t expect any better results than Chad Henne and Blaine Gabbert have produced over the past couple of years. Be weary of Bortles – even after the top rookies are long gone.

Placing Manziel in the “Bad” category may be a bit misleading. Some love him (Jon Gruden, obviously) and some think he will be a bust from the first windy day of the Fall. I actually think Cleveland made the right choice here and that Manziel has a chance to be a really special player. As a dynasty owner, though, I’m not impressed. Manziel will likely start early for the Browns and has an elite WR is Josh Gordon and an above-average TE in Jordan Cameron. However, with many other good rookie options on the board where you may have to spend a pick to draft him, don’t be the one in your league to draft Johnny Cleveland over the other available options. 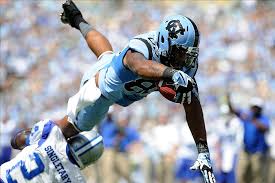 I almost placed Ebron in the “Good” category, as I REALLY, REALLY like the idea of him running down the middle of the field as Calvin Johnson streaks down one sideline, Golden Tate down the other and Reggie Bush flares out of the backfield. Matthew Stafford should be giddy at the prospect of possibly the next Jimmy Graham as his TE for the next decade. Don’t be afraid to use a high-round pick on Ebron in your rookie draft.

With the Panther’s receiving corps depleted, look for Benjamin to step right in as Cam Newton’s favorite new target. Much like Evans, Benjamin has great size and leaping ability. I’m not quite as sold on Benjamin as I am Evans because I don’t believe he is quite as talented and joins an offense that is still run-oriented. However, if you have a solid roster with no real needs at the moment, don’t be afraid to take a shot on Benjamin.