As you will have noticed if you have followed my tiers series, I didn’t do an article for pitchers. The reason for this is that I have never really tracked pitchers and their performances in the past like I have hitters so I did not feel comfortable doing tiers for a group I wasn’t confident with. However, my aim for this year is to have a better understanding of pitchers come the end of the year and by previewing the pitching options each week that is how I intend to do this.

This week will actually cover 8 days as because of opening night on Sunday (If you league week started with the Australia games then sorry but rotations were impossible to fully predict at that point). Here are this week’s match ups:

Here are all the starting pitchers for each team this week:

We have 41 pitchers who are starting twice this week with many of them being some of the best pitchers around so are likely to be 100% owned. Of those many will be started regardless of the match up so they are basically irrelevant to this article so the intrigue lies with the guys beyond the top tier.

Within the tiers below players are not listed in any particular order. 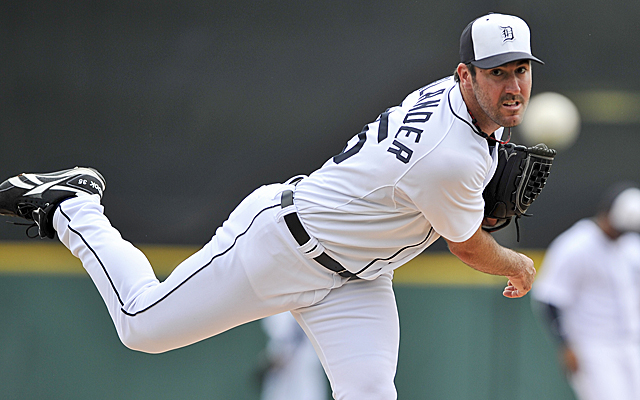 So there we have it for my two start pitchers and my intriguing one start guys for week 1. By no means am I saying drop people who don’t appear on this list for those that do. For example do not drop Cingrani for Kluber but you might want to consider starting the two start guys in the top three tiers over Cingrani. When it comes to the one start guys listed above it is a more of a deep league view in many cases of people who may be worth picking up and plugging in where you are waiting on a Hamels or Minor to return.