We have a quiet week in the premier league with only five games being played due to it being the next round of the FA cup. That makes it even more important that you are on top of your injuries as you are likely to be missing a number of players already so why compound this by playing injured players?

Note: All 20 teams play once in gameweek 30 before a bumper week in gameweek 31 with 15 games in total. This means two games for Arsenal, Swansea, Man United, Man City, Newcastle, Everton, West Ham, Hull, Liverpool and Sunderland. Therefore Man United become a valuable team over the next few weeks as they play one more time than any other team and more games = more opportunities for points.

Anelka (Suspended) Return unknown: There is the remote possibility we may never see Anelka in the premier league again as West Brom have suspended him indefinitely. Even if he does return this season he has been inconsistent at best so drop him.

Jones (Hip) 50% chance of playing: His situation hasn’t changed all week. If you have 11 others players playing this week then bench him but if not stick him in your line up and hope he plays.

Image courtesy of The Sun

Rafael (Head) 75% chance of playing: Head injuries are a tricky thing but if he’s fit I think he makes it onto the field. However, it will probably only be for a run out late in the game because they will want him fully fit for their champion’s league crash in a couple of weeks. Don’t pick him up just yet but keep an eye on him this week. If you own him then the advice for Jones above is the same here. Start if your short on guys.

Hernandez (Knee) 15.03.14: Collided with the Nigerian goalkeeper mid week and after scans has been downgraded. Will miss at least this week.

Nani (Hamstring) Return unknown: Just drop him and try to forget you ever owned him

Noone (Knock) 75% chance of playing: They have plenty of options available so cannot see them risking him. Don’t pick up.

Andrew Taylor (Knock) 75% chance of playing: Not really fantasy relevant and there are better players for a similar value.

Hangeland (Head) Available: Has been made available this week and Cardiff are the lowest scoring team in the league. Worth a flyer at a reasonable price

Amorebieta (Muscle) 15.03.14: Downgraded to out so forget him for another week or two

Briggs (Hernia) Return unknown: Forget about him this year

Parker (Knee) 15.03.14: His been decent for Fulham this year and him missing damages their clean sheet a little. You probably have more expensive players missing or injured this week that you should replace first.

Mitroglou (Hamstring) 75% chance of playing: I still think he gets a run out but he’s an expensive option. There are better options out there.

Kvist (Hamstring) 75% chance of playing: Unlikely to play even if healthy.

Delaney (Calf) 75% chance of playing: No change in his situation. A decent cheap option this week

Dikgacoi (Knock) 75% chance of playing: Reasonably cheap midfield option in a short week. No change as of Friday

Ledley (Hip) 75% chance of playing: No change but even if he plays he’s not really fantasy relevant.

Chamakh (Hamstring) 75% chance of playing: No change as of Friday. A very cheap striking option as Palace need goals to survive and he’s there best source

Kelvin Davis (Knock) Return unknown: Boruc is the number 1 so don’t even consider him. If you own him drop him.

Hooiveld (Eye) 50% chance of playing: Forget it he isn’t playing even if healthy 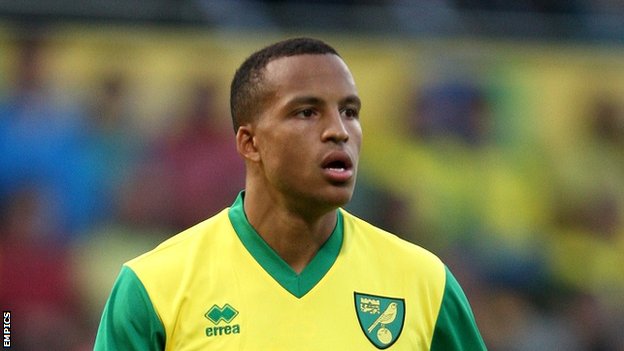 Olsson (Shoulder) 75% chance of playing: This time last week I was thinking that Norwich have a decent chance of clean sheet here but I was in the stands for last week’s debacle against Villa and now I’m scared off these guys. Still no update as of Friday but he’s such a cheap option your keeping him this week more than likely as he has a chance of playing.

Yobo (Knock) 75% chance of playing: Wouldn’t surprise me if Hughton uses his injury as a reason to shuffle the back line after last week. I doubt he plays.

Turner (Hamstring) Return unknown: Nothing to say other than drop if you own.

Fer (Hamstring) Return unknown: You can find decent options for a similar price so drop for now. Howson is likely to feature and is a cheaper option.

Snodgrass (Wrist) 75% chance of playing: No updates as of Friday. My instinct says keep him but he’s not a cheap option. Dropping him may allow you to find a similar price option who is certain to play.

v.Wolfswinkel (Knee) 75% chance of playing: Norwich’s strike force isn’t firing so stay away from a slightly injured guy is my advice. If you own him its likely you have other players you need to drop this week but he should be on your list for future cuts.

Huth (Knee) 08.03.14: Playing against a goal short Norwich I love him as a reasonably priced option IF healthy. No further update as of Friday so its a big risk reward situation.

Cameron (Fatigue) 75% chance of playing: If Huth is out I figure he plays. Good shot of a clean sheet this week but not worth picking up

Adam (Suspended) 29.03.14, Assaidi (Knee) Return unknown: Drop them both until they are nearer a return

Arnautovic (Hamstring) 50% chance of playing: One of their better midfielders but most likely he will make a late cameo. Add in Norwich have a decent defence at home and he’s probably not worth starting if you have better options.

Odemwingie (Calf) 75% chance of playing: Unless he’s 100% he will probably come off the bench late. Check back later in the week.

Cole (Knock) 15.03.14: Likely wouldn’t have started anyway without an Azpilicueta injury so drop.

Luiz (Knock) 75% chance of playing: Chelsea were likely to go with Cahill and Terry anyway and this news probably confirms that. Id say drop him

Van Ginkel (ACL) Return unknown: Forget him for now and probably for the season.

Walker (Hip) 75% chance of playing: I believe they make every effort to get him on the pitch but not sure it’s a good match up for such a pricy defender with an injury worry. Check back anyway for more news.

Chiriches (Back) Return unknown: Drop and forget for now.

Fryers (Ankle) 50% chance of playing: Has been downgraded and not a big enough scorer to risk.

Kaboul (Calf) 75% chance of playing: No change and not a high enough scorer to risk.

Eriksen (Back) 75% chance of injury: Another guy I believe they will be desperate to get involved so check back on his status nearer the time.

Sigurdsson (Thigh) Available: Upgraded which makes this a tough decision. Expensive option for someone who may just get a run out late. There are better options for the same or lower price.

Lamela (Knee) Return unknown: Drop and forget him for now.

Obviously with the limited number of transfers you get in fantasy EPL games you are likely to have a number of holes this week so cover what you can by dropping those guys who only play once in week 31 (the 2 game teams are listed near the top) or are out for a number of weeks. For example if you have 4 missing/injured players and three are Sunderland players and the other is a Villa player then drop the Villa player because he only plays once in week 31.

If you have more players injured/not playing than you have transfers then drop the guys that are definitely out (either injured or not playing) as the 50/75% guys are worth either sticking in the starting line up or on the bench in the hope they get a point or two. This tactic is especially applicable this week with only five games.