An Offseason of Hate: Three Players where the Hate has gone too Far

One of the major themes in George Orwell’s novel 1984 is psychological manipulation. This brain washing is done in multiple ways, from the constant stream of propaganda emitted from the telescreens to the numerous signs posted everywhere saying “Big Brother is Watching You.” The main form of manipulation that I want to talk about involves the “Two Minutes of Hate.” For those that used Spark Notes like I did to get out of reading this novel in high school, I’ll briefly explain what this entails. 1984 takes place in Oceania, which is symbolic of a futuristic Europe. In Oceania, the general population has every aspect of their lives controlled by the government, known as The Party. To deal with the hatred that normally arises from being controlled and manipulated, The Party graciously provided a way of unleashing that agner. Every day there was a mandatory two minutes where every person who lived in Oceania had to watch a clip featuring the state’s “enemies.” During these two minutes, all Oceanians were convinced that their hate should be directed towards the enemies of The Party, regardless of whether or not they understood where this hatred stemmed from. If someone told them that a certain group or individual was bad, then it must be true. Had the citizens been able to think for themselves, it wouldn’t have been hard to figure out that everything been told to them was an exaggeration. One character gets so worked up that she physically attacks the screen. Talk about brain wash.

Though many fake footballers can relate to attacking the screen during the season, that’s not the connection that I want to make. What I’m getting at is that there are players every year that fantasy owners refuse to draft. Many have legitimate reasons but then there are those few that avoid players for no good reason. Perhaps it was a critical article written or it was just a bad personal experience. Either way, the hate has built up so much that at this point, a lot of people don’t have good reasons for why they hate certain players; they just do. Take Frank Gore last year for example. Everyone was saying how his injury history and a crowded backfield (anchored by Brandon Jacobs), was going to lead to a poor season by the 49ers all-time leading rusher, and so he was the 20th RB being drafted. While it’s true that hindsight is 20/20, those that did their own research and bucked the trend wound up drafting a top 10 RB. When there’s enough dislike of a player, the momentum carries and pretty soon everyone is avoiding certain individuals. The following three players are guys that fantasy owners hate for whatever reason, and I’m here to try to change your mind.

From his infamous botched FG snap in 2007 to his struggles to bring the Cowboys to the Promised Land in what seems like every single year, Tony Romo has gained a pretty bad reputation among NFL fans. When you ask people why they don’t want to draft Romo as their starting QB, the main reason is that he is not clutch. This is the perfect example of perceptions or experiences involving a player clouding judgment of fantasy football drafters, and it can potentially cause one to miss out on a tremendous player. While he may not have been able to come through for the Cowboys on the field, Romo has been and will be able to come through for your fake football team. He’s currently going around the 7th round in standard drafts, but can easily finish as a top 5 QB. Romo was the 4th ranked QB last year in the 2nd half of the season, and one of the reasons he had this success was because of the emergence of Dez Bryant. When you throw in Miles Austin and Jason Witten, the Romo has some of the most talented weapons in the NFL at his disposal.

You would think with all these weapons that he would have done well last year with his downfield throws (20 yards or more), but he was successful only 10.4% of the time, lower than Matt Cassel and Brady Quinn. It’s not like he’s makes poor decisions when he throws it deep either. In 2012, KC Joyner states that Romo posted a Bad Decision Rate (BDR) of 4.2 on those types of throws, better than the league average of 4.9. If given the opportunity, Romo’s downfield success rate should increase in 2013. In addition, the Cowboys were last in the league in both screen pass attempts and screen pass yardage last year, partly due to the injury problems they dealt with on their offensive line as well as the loss of DeMarco Murray. I expect newly hired offensive coordinator Bill Callahan to allow Romo to throw it deep as well as use screen plays more effectively, which means that Tony Romo can continue his 2nd half finish last year throughout the entire 2013 season and finish as a top 5 quarterback. Let everyone else’s mock Tony Romo while you draft him to lead your fantasy team to victory.

One of the most frustrating players to own the past few years has been Chris Johnson. When he’s not busy racing cheetahs, he’s redirecting any responsibility for his poor play to his offensive line. If you take this and the huge contract that he received a few years ago, CJ2k has left a poor taste in the mouths of many fantasy football managers. With his boom or bust production last year, many are avoiding him this year, but should they? Even with his recent struggles, his problems have been exaggerated.  Johnson has never finished worse than 16th at the running back position, even with all his struggles, which would make him a solid RB2, but he’s got the potential to be an RB1 at the end of this year. 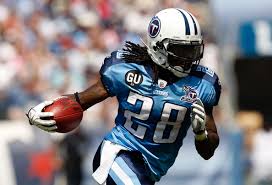 The main issue that Johnson dealt with last year was poor offensive line play. A total of eleven players started in the trenches last year for the Titans. Those that weren’t benched because of poor performance went down with injury. This offseason, the Titan’s main priority was bolstering that offensive line, drafting Chance Warmack and Brian Schwenke as well as signing ex-Bill Adam Levitre as a free agent. The most underrated move to help the Titan’s run game this offseason was the signing of a tight end: ex-49er Delanie Walker. Walker was not known for his pass catching abilities in the Bay, but he was the 2nd best run-blocking tight end according to PFF. Where Johnson struggled the past two years has been being impatient. My friend Tyler Miller put it best in his article on Johnson when he said that “When he (Johnson) got the ball, he immediately began looking for a home run hole that just wasn’t there.  Or if it was, he hesitated too long to get to it, and defenses swarmed him.” With improved blocking, he will be able to be patient and take what’s given to him instead of trying to force things. Some are also wary of Johnson because of the chance that newly acquired Shonn Greene may steal goal line carries. In 2011 and 2012, Greene scored on 50% of his carries from within the 2-yard line. The league average was 74%. Greene has always been a big guy with little ability to move the pile. Though he will initially be given goal line opportunities, it won’t be long before the coaching staff continues to roll with Johnson near the end zone. Johnson is still going to be the featured back in this offense, and that combined with a revamped offense line, Johnson will force himself back into the conversation of being a top 10-12 RB. 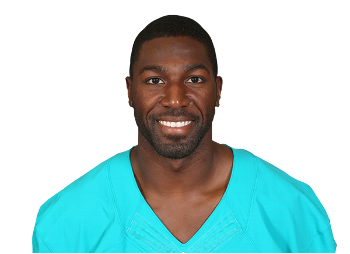 Fantasy owners are treating Greg Jennings like spoiled cheese in this year’s drafts. The former Packer agreed to a huge contract this offseason with the division rival Vikings. He went from having one of the best QBs in the league in Aaron Rodgers to a third year signal caller still trying to find his way in Christian Ponder, souring the wideout’s fantasy value. Naysayers point to his age (he turns 30 in September) and his recent injuries as being more reason to avoid Jennings in 2013. Age for WRs is not as big of a deal as it is for RBs, as both Reggie Wayne and Andre Johnson had successful seasons last year despite being on the wrong side of 30.  And while Jennings has missed his fair share of games the last two years, they were not lingering types of injuries, and when he came back the last three weeks, he had 215 yards and

The most legitimate concern is the drop off in talent from Rodgers to Ponder, but in terms of Jennings’ value this upcoming year, it isn’t as scary as it seems. Ponder has improved his game over the past two years, adding 1,100 more passing yards in 2012 than he did in 2011 and completing over 62% of his passes, which was better than guys like Matthew Stafford and Joe Flacco. Even if the quality of the throws isn’t there, the quantity will be. From 2011-2012, Jennings was targeted 161 times. Percy Harvin, Minnesota’s #1 WR before being traded to Seattle, was targeted 205 times in the same span, and that’s with missing half of the 2012 season. Jennings can easily see up to 130-150 targets this upcoming season so the opportunity will be there.  If Ponder continues to improve in 2013, at the very minimum he will have 3,000 yards and 25 TDs, with the majority of those stats going to his best WR. Though defenses may key in on him more that he was accustomed to in Green Bay, the Vikings have someone that every other NFL franchise wishes they had: Adrian Peterson. Peterson will force defenses to stack the box, allowing for more single coverage for the other guys like Kyle Rudolph, Cordarrelle Patterson and yes, Greg Jennings. Jennings will put up numbers that far exceed the expectations of a 7th round draft pick. 1,100-1,300 yards and 7-8 TDs are within reach, which would put him in the top 15-20 WR range. There will be a lot of people who will ridicule you when you draft Jennings this year but by the end of the season, you’ll be the one who is ridiculing them.