Team Snaps Per Minute Week 11 Report is a data “Snapshot” of the post Week 11 team snaps per minute activities and speed of play.

The figure below presents in order of highest SPM last 4 games average to lowest. Team speed varies across the season.

Last week I reveal the deep side of team speed–

Is 86% different from 29%? Yes! Unpublished data showed that these two team types (slowed vs increased in speed) were statistically different in points scored on the field by ANOVA and Tukey Testing. BAM! Slowed Team scored on average 26.5 points on the field vs sped-up teams only had 19.7 points average. That is about a TD difference! Can an extra TD help your fantasy team?

I revealed an association with team speeds and scoring. I think there is even a deep view that I will save for my 2019 textbook. Just be aware that slowing down seems to associate with more scoring on average. On average means more likely than not.

These tables are organized by Team and Positions. The metrics are Weeks 7 to 11, Seasonal SPM average, Last 4 Games SPM, Positional Usages of each position and a DIFF metric in team usage between the last 4 games and before week 8 SPM.

What teams are using what position more recently?

For Example. In ARI the RB is steady, TE usage has dropped and WR usages have increased. Use these metrics in lineups and DFS choices. 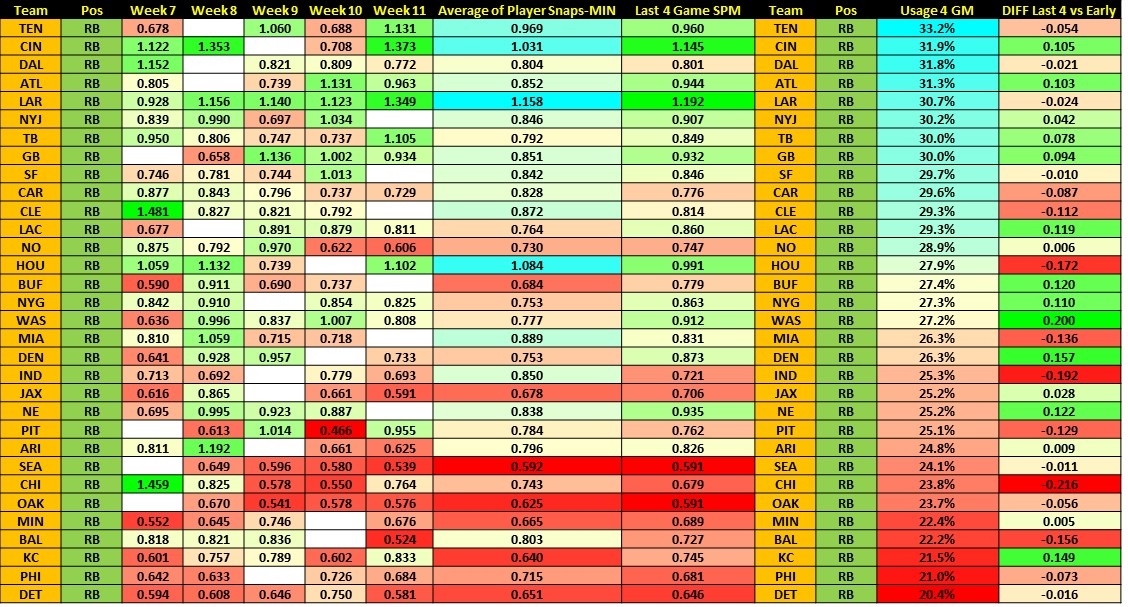 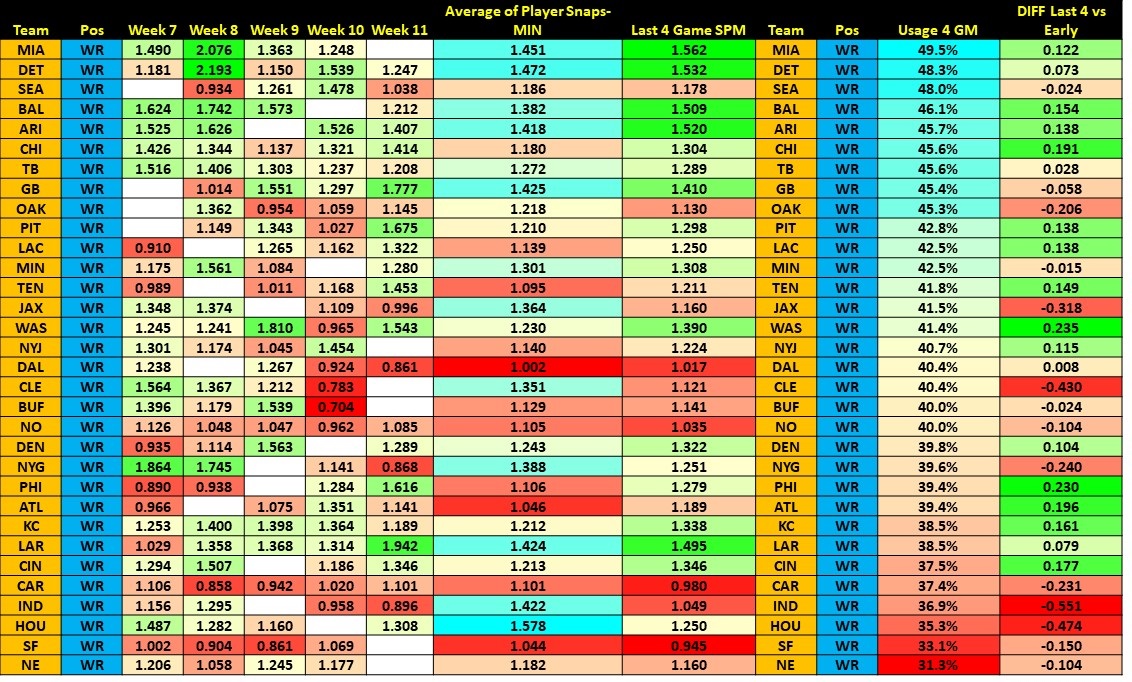 WR improving usages can be found in WAS, PHI, ATL, KC, CIN, LAR, and DEN.

The table includes the following columns. Sorted by Team and Positions use NUM sorting.

The following tables have the improving and declining players by position using the DIFF metric. What players are moving forward leaving others behind in team usages.

Some players highlighted are well know others below the radar. Dig deep for your playoffs! 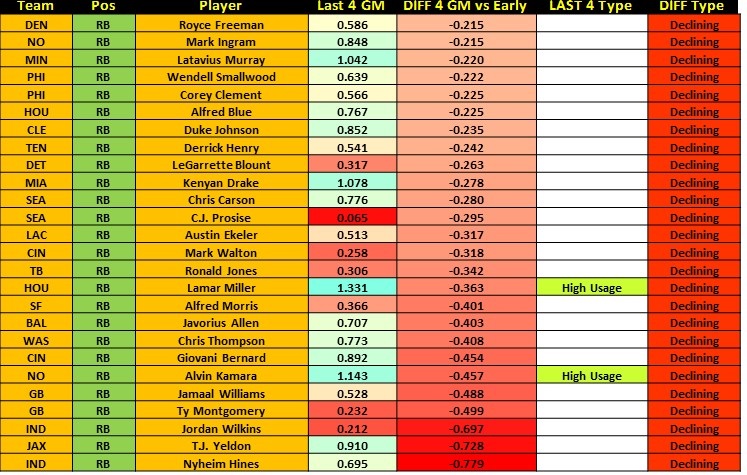 The table is presorted by team position and player vs last 4 Gm SPM!