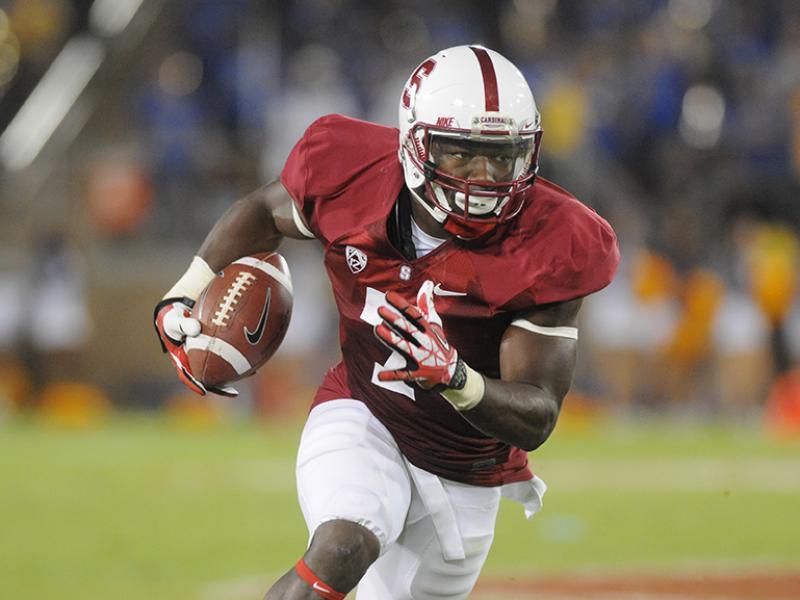 Stanford WR Ty Montgomery is a speedster. He will impress you with his speed and agility as he has shown as a kick and punt returner for the Stanford Cardinal over the past two years.

Montgomery is without a doubt Stanford’s most dynamic play-maker as they look to get him the ball any way they can whether it be in the receiving, returning, wild cat and even out of the backfield.

In 2014 he totaled 61 receptions for 604 yards and three receiving touchdowns. He also had 2 punt return TDs on 13 attempts. In 2013, he had the same number of receptions, but with substanitally more yards (958) and seven more touchdowns.

This is probably one of, if not, THE most crucial thing scouts look for in wide receivers. Unfortunately, Montgomery does not have the greatest of hands. If you watched his game versus Notre Dame, you will notice he dropped four very catch-able balls. To excel at the next level, you need to have good hands. At this time, Montgomery is still developing in that area of his receiving game.

Montgomery’s route-running is solid, but not great. He’s not polished in the area, but he can threaten opposing defenses with his athletic ability. There were a few routes I noticed in the UC Davis game, where it looked like he “heard the footsteps” and was unable to complete the route and catch the ball. Another area in which Montgomery needs to improve on, but not overhaul.

Incomplete. There’s really not a whole lot of tape on Ty Montgomery to really assess his blocking ability.

Montgomery has a solid build. At 6-foot, and over 215lbs, he is definitely a threat to opposing DBs. His speed adds to this.

When you watch Ty Montgomery, you’ll instantly notice his speed, but his quick and agility are just as good. He has very good feet, is able to change directions well, and can break away from opposing defenders. In the limited tape I saw of him, he was involved in many screens. Some of which he was able to shred pretty handily.

This is what makes Ty Montgomery appealing. Although drafting for speed kills, he excels in the return game because of his speed. Watching him on film I would not be shocked if he’s a 4.4 40-yard-dash guy. This trait is valuable for him as it will create match-up problems, but also make him a threat in the return game.

Ty Montgomery definitely has some things to work on if he wants to become a starter in the NFL. His hands and route-running will leave a lot to be desired, but the talent is definitely there. He will help any team in the return game, too. He is perfect for a team that is simply looking for depth. I expect him to be a Day Three pick.

NFL Draft by the Numbers