Oh the Horror: Three of the Scariest Players to Own in 2013

One weekend during my junior year of high school, I came back from the library with something that I had never checked out before: a horror film. The Exorcist to be exact. Being a kid that couldn’t sleep without a night light until the start of high school, I’m still not sure what compelled me to do such a thing. I’ve always enjoyed a good thrill, whether it be rollercoasters, sports, etc. but my problem with scary movies was that the thrill stuck with me when I didn’t want it to. A wild imagination mixed with a horror film is not a good combination. Anyways, back to the Exorcist. I decided that in order to get the full experience of watching my first horror film, I’d have to watch it at night with the lights off and the rest of my family asleep. I had a feeling that I would regret doing this, and yet, I couldn’t resist. Long story short, for the next two weeks I slept in my little brother’s bed, terrified that a little girl would come spider-walking into the room.

Call me stubborn but ever since then, I’ve seen almost every single scary movie that has been released. Foreign or American, big or little budget, it didn’t matter. I watched them all even though I knew how terrified I’d be once I went to bed. Other than giving up my man card, you’re probably wondering what this has to do with your fantasy football team. I’m going to share with you a few of my favorite scary movies and which fantasy player I see staring in that movie. I know that players that are not mentioned here also carry risk, but these are the guys that scare me the most. Before you read, I advise that you play some happy music and turn on all the lights. You’ve been warned.

The one scene that everyone remembers from this movie is when the girl from the well comes on the man’s television at his apartment. She starts coming closer and closer, and eventually starts to crawl out of the screen and into the apartment. The guy who’s watching her is either too dumb or too shocked to do anything; he doesn’t even start to back away from the TV until it’s too late.

He reminds me of fake footballers that continue to draft DeMarco Murray. When he’s on the field, Murray is a stud. He averaged more than 10 fantasy points per game last year but the problem was, he also missed six games. In his first two professional seasons he’s missed nine games already, and we haven’t even mentioned the fact that he was dinged up in college as well. With the emergence of Dez Bryant, Murray is not even the centerpiece of the Dallas Cowboys offense anymore. Drafters are taking Murray as the 18th ranked running back in standard leagues. In terms of running backs, I have no problem with this. My concern is passing up on guys like Larry Fitzgerald and Roddy White to obtain the services of an injury prone player. Smart drafters should know by now what’s coming and avoid drafting the Dallas running back. 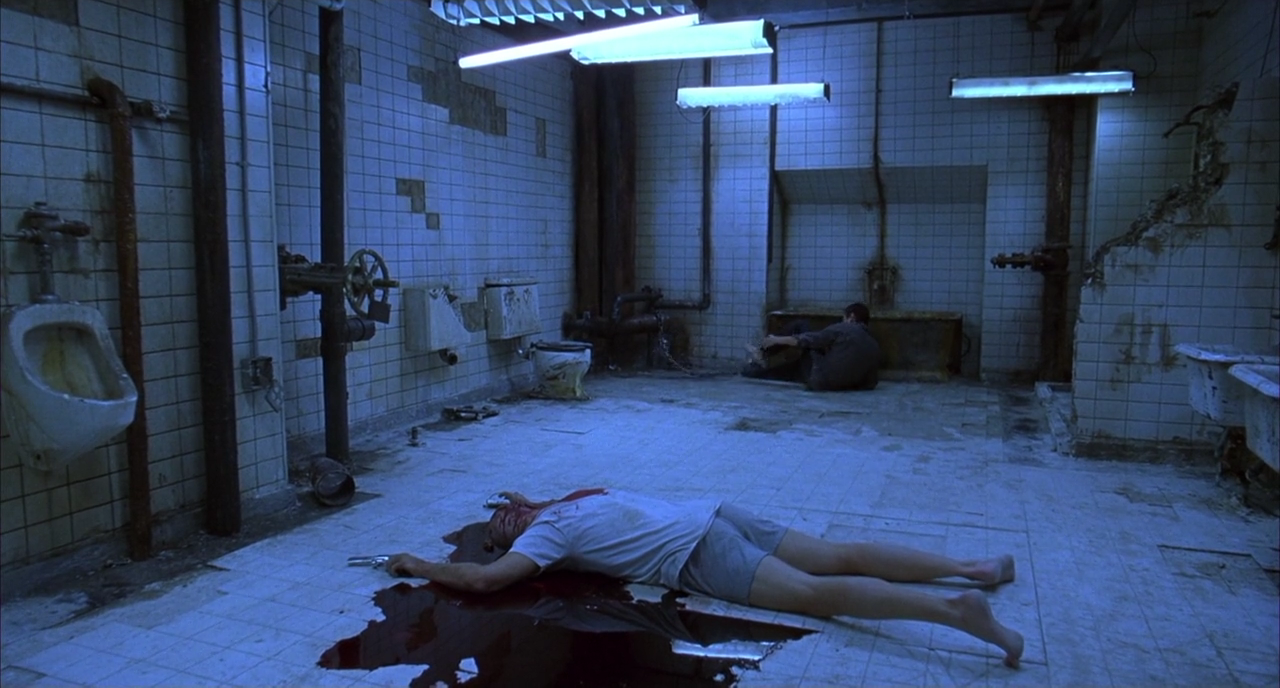 Before all the gore-filled, crappy sequels came out, the original Saw was the first of its kind. Not only was it filled with ridiculous torture and horrible ways to die, it had something that many horror films lack these days: plot twists. Saw keeps the audience guessing throughout the entire movie, climaxing with the fact that Jigsaw was the dead guy in the room the whole time. Montee Ball would fit perfectly in this movie because of the conflicting stories coming out of Denver.

On one hand, we’re hearing how Ronnie Hillman is running away with the starting role for the Broncos. On the other hand, there is also news that the Denver front office already knows that Ball is their best option at running back. What does all this mean to fantasy owners? Ball’s ADP of 4.06 is way too high for a guy whose role in the offense isn’t certain yet.  A more in depth look at why Ball won’t succeed in Denver this year can be found here in an article I wrote about a month ago. Both Ball and Hillman have their pros and cons, which may force head coach John Fox to ride the hot hand. This backfield is a very scary situation to involve yourself in, and since Ball costs such a high pick, I for one will be one who stays away, far away. 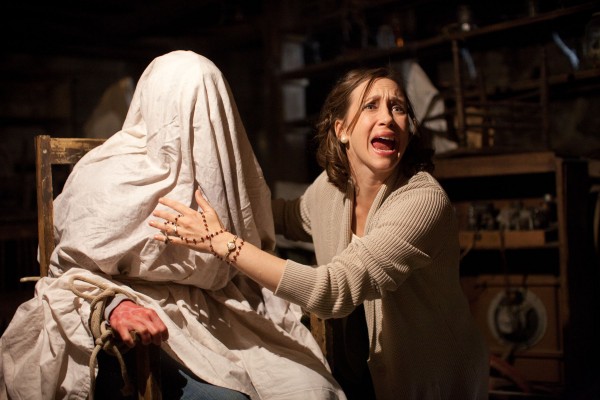 The Conjuring was the scariest movie that I’ve seen in the last five years. There have been many exorcism movies since the original Exorcist, but none came close to matching the terror it produced like The Conjuring did. Leading up to its release, I watched all the trailers and came away thinking that it wouldn’t be scary. Most horror films put the scariest scenes in the trailers, and I didn’t even think the trailers were scary. My mind changed when I saw the early reviews on Rotten Tomatoes, which convinced my friends and me to go opening night. At one point the entire theater was holding its breath and shared the same feeling: terror.  As soon as I got back to my apartment, I took out some ice cream and watched my go to happy show Friends. I had a few sleepless for the next couple days, something that owners of CJ Spiller may have to get used to this upcoming season.

CJ Spiller is a tremendous talent and can do a lot with an expanded role in Buffalo. Word out of Buffalo is that the Bills will be feeding Spiller “until he throws up.” While it is just a figure of speech, seeing Spiller throw up on the field would be very disturbing, though not as bad as seeing someone taking a leak in the middle of the game. Spiller is currently ranked as the 7th overall pick coming off the board. There are many respected minds out there who have him as high as their 2nd overall player to draft. While I don’t think Spiller is going to be a bust, I don’t think he’s going to produce the type of season that everyone expects. Fred Jackson is not going to disappear, and Doug Marrone has a tendency to use multiple backs in his offense.  Spiller barely eclipsed the 200 carry mark last year, and that’s the first time he’s even gone over 200 carries so there’s no way of knowing if his body can take the 300+ carry workload that everyone wants him to have.

With no real threat of a passing game, defenders will also stack the box a lot more this season. Here are his stats from last year when he faced 7+ men in the box.

As you can see, Spiller was a lot less effective when the defense was trying to sniff out the run. What’s even more compelling is that via ESPN, Spiller averaged 2.6YPC in the 4th quarter when his team was trying to run out the clock. 2.6! Of course it is harder to find room to run when the defense expects it, but out of the top 10 RBs being drafted this year, Spiller’s 2.6YPC is the 2nd worst of the group. Arian Foster is the only one lower with a 2.1YPC. That’s not comforting to know about my 2nd or 3rd overall pick. Listen, I think that being the featured back this year is going to keep Spiller in the top 10, but if you’re drafting him as 1B to Adrian Peterson, we may need to call Ed and Lorraine Warren to help you out.