Week 30 has thrown the premier league back up in the air at both ends of the table and with 15 games falling in week 31 we could be in for a thrilling game week both in terms of the league and your fantasy teams. Some leagues are treating all 15 games as one game week so initially I will cover all the games in this article but for those who play on websites which treats it as two game weeks I will also be doing an article Sunday/Monday so be sure to watch out for that!

Rather than breaking the injuries and suspensions down game by game I will be doing it by team (in alphabetical order) and if that format appears to be the preferred choice then I shall go for that in the future.

Before we get into the teams here are this week’s fixtures: 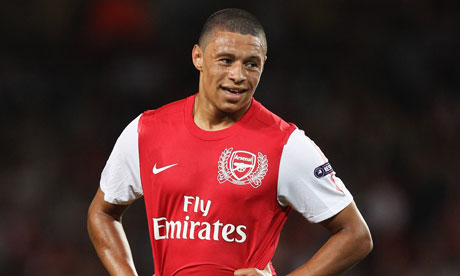 Image courtesy of the guardian

Ramsey (Thigh) 29.03.14: Missing both of these games but should be back for the next week. If you haven’t already then drop him and clear a space for another player on a two game week.

Chamberlain (Calf) Upgraded to Available: Has been made available and should play in a depleted midfield. Get him in your line up

Bendtner (Illness) Upgraded to Available: Illness appears to have passed. PRobably isnt starting though. Not worth picking up.

Agbonlahor (Calf) Upgraded to Available: Should be in the starting line up. I might still look to replace him with a two game forward if I own him. 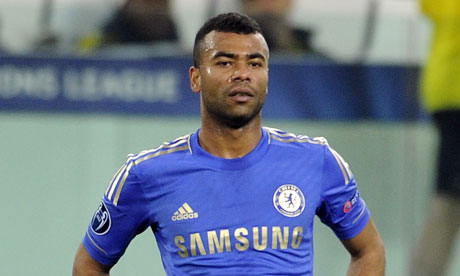 Image courtesy of the guardian

David Luis (Knock) Upgraded to Available: Terry and Cahill are fit so I don’t see him getting involved. Not worth the risk.

Kalas (Leg) Upgraded to Available: Potentially one for the future but you shouldn’t own him now.

Gabbidon (Knock) Upgraded to Available: Newcastle struggled last week against a poor Fulham defence. However, he only plays once so don’t rush to get him.

Bannan (Illness) Upgraded to Available: Not really a high enough scoring fantasy midfield for you to worry about his fitness. If you own him and you have no other concerns then drop him for a cheap player playing twice this week.

Chamakh (Hamstring) 22.03.14: A decent striking option for the price. Check back to see if his status changes at all. No update as of Friday.

Gayle (Ankle) 50% chance of playing: Too inconsistent for you to own anyway. Drop if you own.

Jagielka (Hamstring) 50% chance of playing: A potentially decent week against one struggling side and an inconsistent Newcastle. Check back.

Barry (Shin) Upgraded to Available A relatively cheap midfield option that puts up decent points with a two game week. There are better scorers available but they they may not play twice this week with two decent match ups.

Parker (Knee) 22.03.14: I know I said this last week about the defence (and they kept a clean sheet) but I’m not touching a Fulham player this week if I don’t already own him. If you own him already then check back because he is a cheap option but he doesn’t score well and is only playing once.

Dejagah (Leg) 75% chance of playing: Same as above except he’s more expensive

Bent (Personal) Upgraded to Available:  Man City are without their best defender this week. Could grab a cheeky goal.

Kompany (Suspended) 25.03.14: Misses a potential clean sheet against Fulham but even when he returns against United they have been struggling. However, there are cheaper and better scoring options out there.

Richards (Knock) 50% chance of playing: Unlikely to feature even if healthy so don’t own him.

Jovetic (Hamstring) Upgraded to Available: With Aguero out he could feature in both games. Might be worth a punt if you have a spare transfer but he hasn’t been a good scorer all year.

Smalling (Hamstring) 75% chance of playing: There is a central defensive spot open with Vidic out and there is a real shot of one clean sheet here. Check back.

Evans (Calf) 50% chance of playing: Same as with Smalling.

Hernandez (Knee) 50% chance of playing: Probably not doing more than a cameo even if 100% for Saturday so don’t own him.

Elliot (Knee) 75% chance of playing: Unless Krul goes down he wouldn’t get a look in anyway so don’t own him.

Ben Arfa (Personal) 22.03.14: Relatively expensive option considering he is a little hit and miss as to whether he starts. Check back because he can have moments of pure magic.

Bigirimana (Ankle) 50% chance of playing: Has scored 0 points all season so no point picking him up. If you miss a good week then you shrug and move on.

Gutierrez (Match Fitness) 25% chance of playing: For the last two weeks he has been listed as returning only to be downgraded so check back. However, he is an expensive option who you shouldn’t own when he will play once at most this week.

Kelvin Davis (Knock) Return unknown: Wouldn’t play even if healthy. One of the great mysteries to me is why 12% of teams own him!

Lovren (Groin) 75% chance of playing: Tottenham have misfired lately so check back because there could be a clean sheet on offer here.

Schneiderlin (Knock) 75% chance of playing: Hard to know what to do here because he scores a decent number of points. Only playing once so I would drop him if I had a free transfer.

Cork (Ankle) 50% chance of playing: You shouldn’t own this week.

Wanyama (Knock) 75% chance of playing: Cheap option but doesn’t score that well. Only playing once which means he’s almost worthless to you. Drop.

Ramirez (Knock) 75% chance of playing: Doesn’t put up regular points so drop him for someone with similar value who is better.

Pieters (Muscle) 75% chance of playing: Decent chance of a clean sheet this week so check back.

Huth (Knee) Return unknown: Don’t own him for now.

Assaidi (Knee) 50% chance of playing: Cheap option so check back.

Ireland (Ineligible) 29.03.14: Cannot play against former club (due to a clause in his transfer) so if you have a transfer spare you might as well replace him. There are better options for the price as well.

Walker (Groin) 75% chance of playing: Has missed a few weeks now so check back because if he is downgraded again you’ll probably want to cut ties with him

Kaboul (Knock) 75% chance of playing: Not sure he plays if fit. Big risk considering he only plays once this week.

Pauliniho (Knock) 75% chance of playing: Their best scoring fantasy midfielder but a reasonably expensive option. My advice here is drop him and get someone equally as good for a similar amount or less as he is only playing once and could miss that game.

Dembele (Hamstring) 75% chance of playing: Doesn’t really score many points and there no guarantee he will play but he’s a cheap option with potential so check back.

Capoue (Ankle) 23.03.14: Should return but who knows if he plays. This team has been so unsettled.

Adebayor (Knock) 75% chance of playing: Has been good lately. Expensive option who is only playing once and could miss that game so I would drop him.

Jones (Hamstring) 22.03.14: Decent match up for a shredded defence. Worth checking back even if he is expensive and only playing once.

O’Brien (Shoulder Dislocation) Return unknown: Out for a while. Don’t own.

Borriello (Hamstring) 22.03.14: I’m still sure they want to get him involved but with Carroll healthy they will look that first. Not worth owning at this point.

Make sure you get as many guys playing twice this game week in and starting as you can as that is where the bonus points lie. If you play in a league where line ups lock at kick off be sure to check out @fakepigskin to see the latest line ups. In addition, if your league treats the midweek matches as a separate game week then be sure to look out for my article next week preparing you for those match ups.