Eyes On The Combine: A Dynasty Perspective 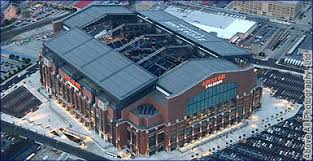 On February 19th, Lucas Oil Stadium will be the focal point of the NFL, hosting 335 draft prospects with a record 85 underclassmen, as head coaches and personnel departments reunite for the scouting combine. For dynasty owners, the combine is a critical part of the off-season and is yet another data point for the puzzle we are building. Combine numbers have the ability to inflate prospects while dropping others, I will highlight 21 players you should focus on.

​The 7 prospects mentioned above have the ability to leave a lasting impression on my board. Watching tape of these prospects, I questioned their top speed and burst. I’ll use Evans as an example; he didn’t demonstrate any short area burst and always had a DB in his back pocket. He looks more suitable as a TE. Rumors have him running in the high 4.4s. I don’t see that on film but he has the size to overcome any lack of quickness. If they showcase above average or even ordinary numbers many of my questions will be answered.

​    I expect all 7 of the prospects previously mentioned to underwhelm scouts during most workouts as their game is built on grit, determination and technique. Abbrederis and Campanaro have a chance to surprise, but if not, I wouldn’t put too much stock in any numbers recorded.

The following prospects stood out on film and will most likely stand out at the combine as they are dynamic athletes. However, this doesn’t always translate to the pro level. I’d like to highlight Mike Davis here, least favorite of this list, He has the skill set to be a deep threat much like M. Goodwin his fellow Longhorn of a year ago, but I wouldn’t put these two in the same tier. Davis will have lots of work to do regardless of the numbers he puts up at the combine.

​    If you have any questions regarding any material posted, you can find me on twitter @FFPrimeTime.